Science experiments for children  – How to make ice cream in a bag. The salt has the property of lowering the freezing point of water. In contact with water, the salt molecules are split into ions, which bind electrostatically to water molecules. On the ice surface, there is always a thin layer of liquid formed from water molecules that escape from the ice crystals. In normal conditions, the molecules which escape are equal to those who return to bond in crystals. Adding salt, this balance becomes unstable and is more the ice that melts compared to what is formed.

For this reason it is poured salt on icy roads. Using the same principle you can do with the kids experiment with blocks of ice and colored salt, creating tunnels very suggestive: 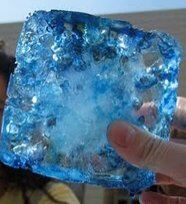 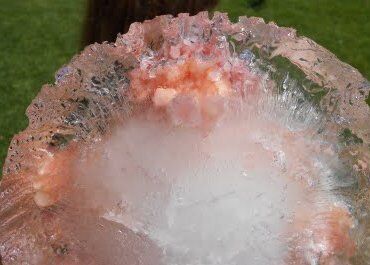 Apart from melt the ice, the salt lowers the temperature considerably.

When we put the salt on the ice on a sidewalk or road, the ice is mixed with salt, and the mixture of the two solids (ice and salt) produces a liquid, but the sidewalk actually become colder than it was before.

The compound of ice and salt has a temperature of -21.1 degrees Celsius, so it is 21.1 degrees colder than ice.

Explained in other terms, when the salt is in contact with the ice, the freezing point of ice is lowered.

Exploiting this principle it is possible to produce a delicious homemade ice cream without the use of electric ice cream maker, but playing ball!

Choose the recipe of ice cream that we like, cook the mixture, and let’s leave it to cool to room temperature.

Then pour the mixture into a plastic bag for food and close carefully.

At this point we have two choices for the second container:

– Insert the envelope with the mixture in a second plastic bag a little larger, filled to about one third of ice cubes which add a generous cup of salt: 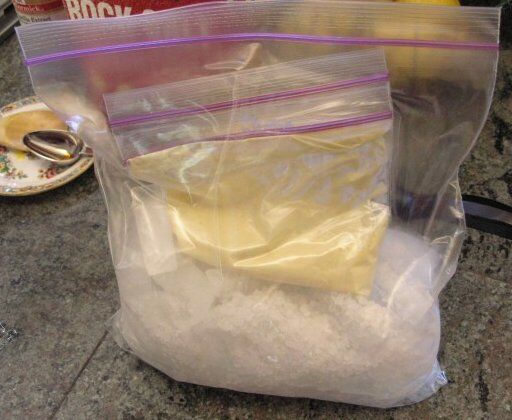 – or insert it in a plastic jar with lid, always filled to about 2/3 of ice cubes and cooking salt: 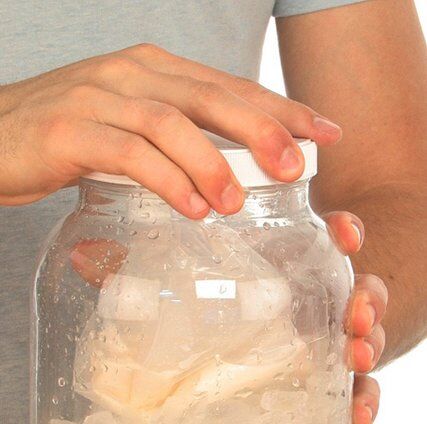 Then wrap the container chosen in a towel (or we close it in a cloth bag) and move the contents for at least ten minutes. If you chose one solution, handled the bags on the table. If you have chosen the solution two, you can also go into the garden with the children and play football with it…

Now your homemade ice cream is ready: you have to be very careful only to pour it into cups without letting it come into contact with the salt solution …

There is also this gadget, which is based on the same principle: